Did you know that  April 8, is Twin Peaks. Day, the 23rd anniversary of the premier of what was perhaps the weirdest (and  in my opinion most wonderful)  show that was ever on TV.   I was too young to appreciate the show when it was first on but thanks to Netflix I have become a loyal fan of the reruns, and am eternally depressed that there are only two seasons.  The show had everything: 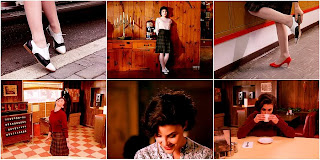 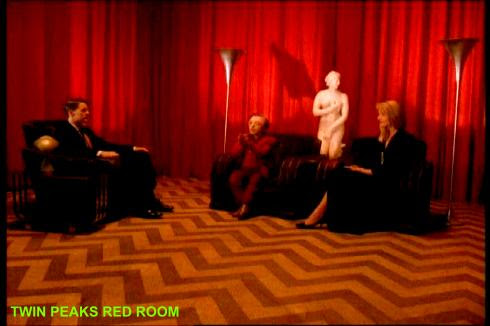 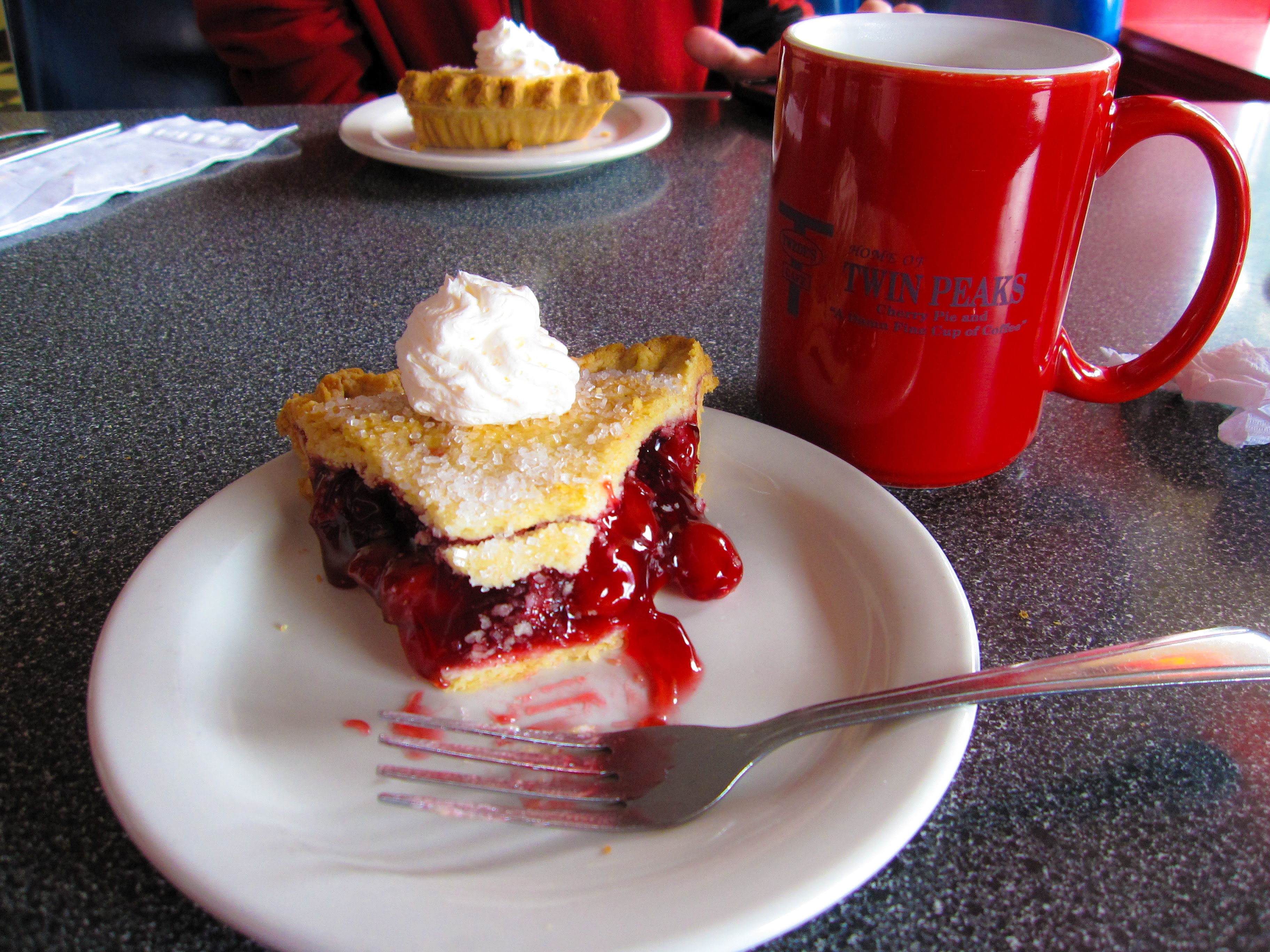 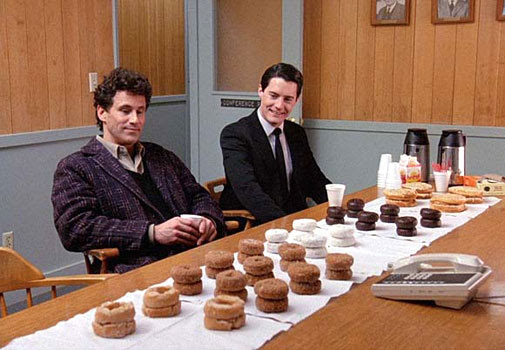 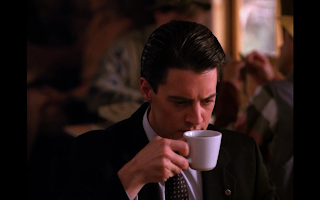 To celebrate the anniversary of my beloved show I made a Twin Peaks coffee cozy and it couldn't have been easier.  I used the magic loop method to knit the coffee cozy but you could also use double points or crochet.  The whole project didn't take you much more then an hour from start to finish, just long enough to watch an episode or two of the show. 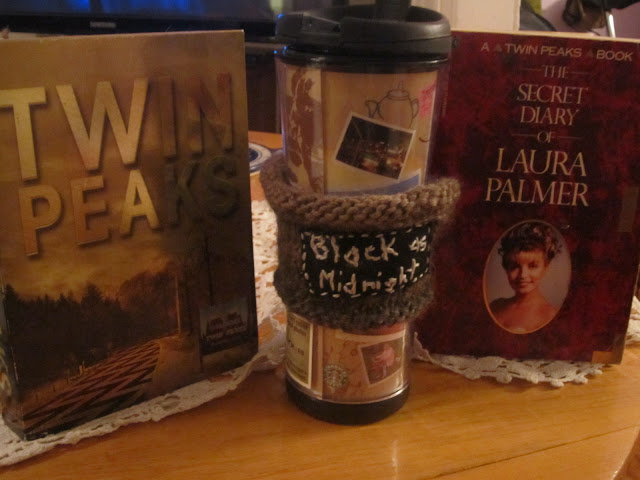 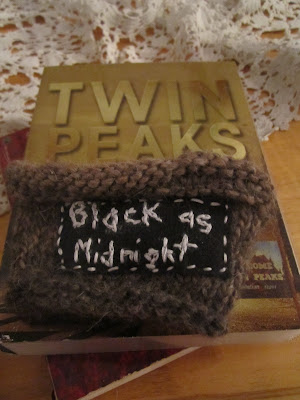 Select a pattern you like for a coffee cozy.  Ravelry has some good options for both knitted and crochet cozies and most can be made in under an hour.  I particularly like this pattern because it can be adapted a number of ways.

Once you have knitted your cozy cut a small rectangle of black felt that fits nicely on the cozy.   Use a white fabric  pen to mark the saying of your choice (I wrote Black as Midnight, because its how I like my coffee and its my favorite coffee related line from the show,   but of course you could write anything: a line from a favorite movie or show or your name or a quote from a favorite writer.) Using an embroidery needle and thread embroider over your writing and then stitch the felt square to the coffee cozy.  Voila you are done! 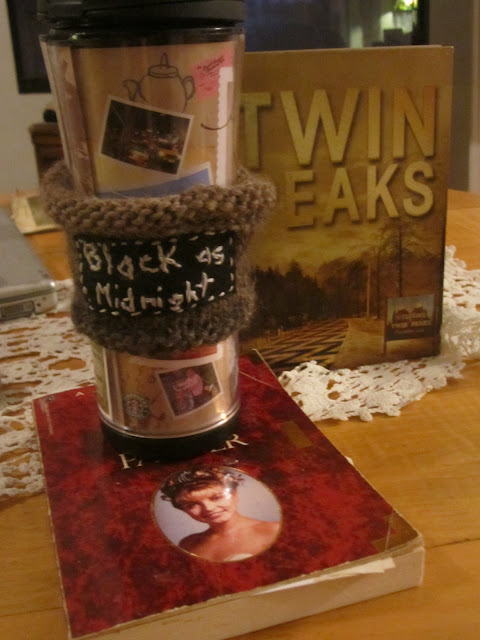 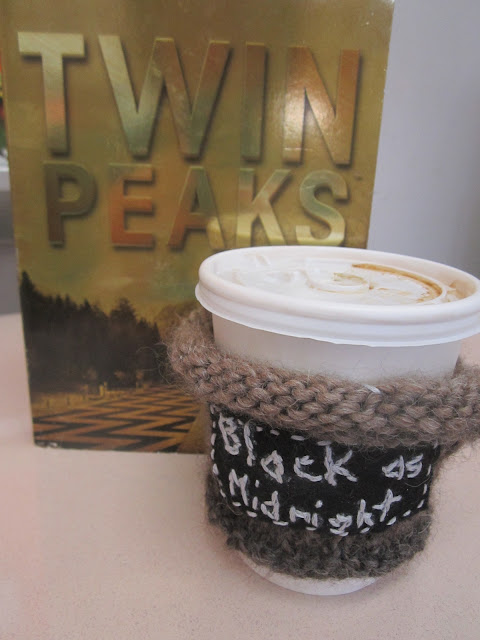 Here is a video montage of Twin Peaks characters appreciating their favorite beverage (towards the end you can see Agent Cooper use "the black as midnight on a moonless night" line that I love so much, if your like me you'll never go back to coffee with cream again: