had a birthday anniversary on November 30, so in honor of his birthday I am reviewing the most recent of the many posthumous collections of his works:  Mark Twain's Book of Animals. 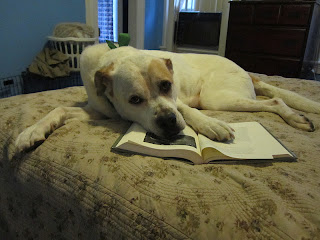 All of his life Twain was committed animal lover and a champion for animal rights. He was particularly fond of cats, one often sited quote:  "Some people scorn a cat and think it not an essential; but the Clemens tribe are not of these."

Twain attributed his love of animals to his mother whom he was very close too and who made a great habit of taking in strays while he was growing up.

The Mark Twain Book of Animals is a collection of Twain's writing on animals taken from his novels, travelogues, and magazine articles.  Some of the pieces are longer stories, but many are brief essays of less then half a page.  However, even in the briefest of essays Twain's brilliance shines through.  The animals that appear range from bugs, to dogs, cats, camels, and of course frogs in the famous The Celebrated Jumping Frog of Calaveras County.  Many of the pieces showcase Twain's reputation as the greatest American humorist, but others are more serious.  One short essays deals with dog fighting and Twain describes his disgust at the suffering of the animals and the cruelty of man.  In nearly all of the essays humans appear in a far less favorable light then the animals.  In the short stories animals often take on some of the ridiculous airs of humans, such as in the story A Dogs Tail in which a dog embarks on a long drawn out description of his social class and religious background.  The text of the story can be read here.

My favorite part of the collection was an excerpt from Twain's unfinished sequel to his greatest book Huckleberry Finn.  In the excerpt Huck shoots a bird and is over come with remorse.   The incident was based on actual occurrence in Twain's childhood which he describes in the following quote:

I shot a bird that sat in a high tree, with its head tilted back, and pouring out a grateful song from an innocent heart. It toppled from its perch and came floating down limp and forlorn and fell at my feet, its song quenched and its unoffending life extinguished. I had not needed that harmless creature, I had destroyed it wantonly, and I felt all that an assassin feels, of grief and remorse when his deed comes home to him and he wishes he could undo it and have his hands and his soul clean again from accusing blood.


In summary we give the book four paws up.   As a bonus the woodcut illustrations by Barry Moser are really beautiful: 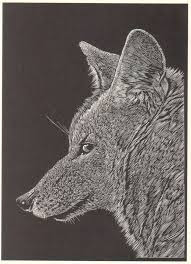