"To get the full value of joy you must have someone to divide it with."
Mark Twain 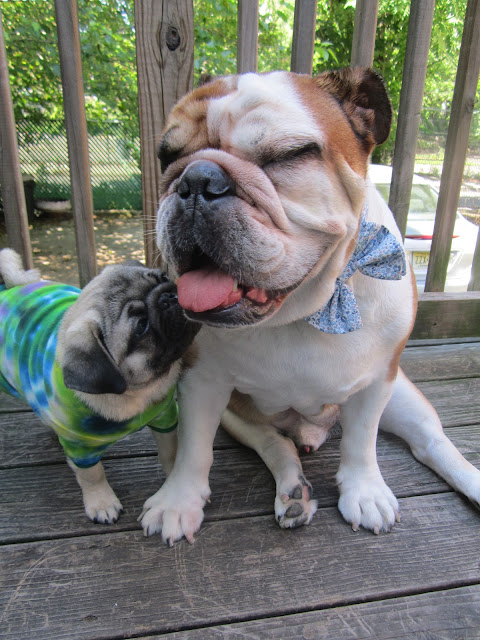 Anyone with a dog, a cat,  a friend, or a life partner or any combination of the former knows the truth of the above quote.  Which seems particularly appropriate for Valentines Day.   Most people think of Valentines Day as being a brand new Holiday created solely to sell cards and foil wrapped candies, and while that is party true the origins of the Holiday go back far in time to Ancient Rome.  I researched the Holiday last year and posted the information on the blog and I thought it would be fun to share it again (and yes dogs where involved in early Valentines celebrations, though NOT in a good way.)

Part One: Pagan Festival Co-opted by the Early Christians: 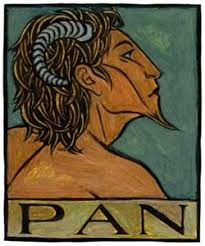 In ancient Rome February was traditionally the month of  fertility celebrations dedicated to the Roman God Faunus.  During the festival a goat, and yikes a dog!, would be sacrificed and Roman men would go about slapping young women with the bloody hides in an effort to make them more fertile. .  Anyway, the early Christians new the Roman's didn't want to give up their goat hide slapping sex festival so they co-opted it making it about a supposedly purer, less animalistic version of love.  Enter St. Valentine.

The Catholic church has several legends about saints named Valentine.  One of most poplar ones says that Valentine was a priest in ancient Rome, a sort of third century  Gavin Newsom.  When the emperor outlawed marriage for young men, feeling it would make them better soldiers if they had no wives or children, Valentine continued to perform marriages and was martyred because of it.

Part Three:  The Comercialism of Romance and the start of Valentine's Day Cards 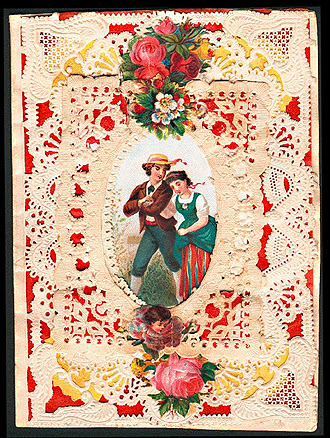 In the 17th century it was already popular for people to exchange hand made cards on Valentine's Day as tokens of affection.  In the 1840s a woman named,  Esther A Howland, saw the market for store bought Valentines and began mass producing them in America.  Her idea certainly caught on and today over a billion Valentine's Cards are purchased in America each year.