“Tuppy uttered a stricken woofle like a bulldog that has been refused cake.”
Wodehouse, Very Good, Jeeves!

October 15, marks the 131st birthday of one of our favorite people--author PG Wodehouse.   Incredibly gifted comic writer and dog lover.  Just look at this picture of him with his dachshund, taken near the end of his life. 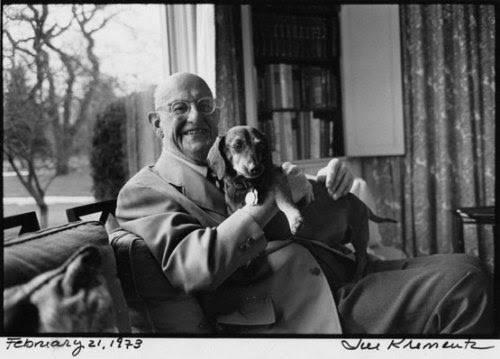 In fact Wodehouse is party responsible for founding one of the largest pet rescues in the NY area, the Bide-A-Wee animal shelter. 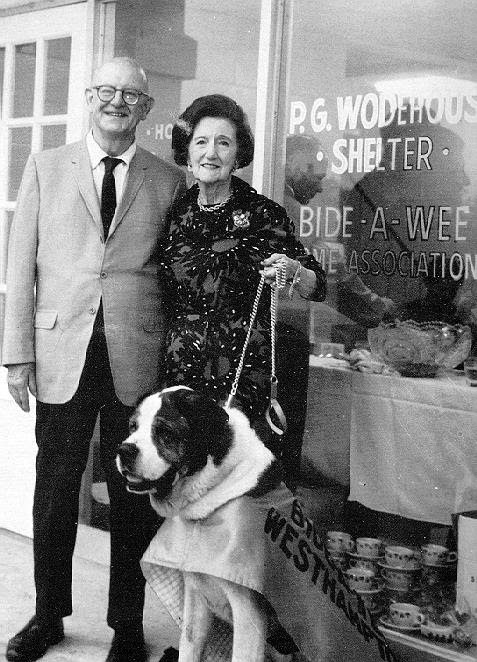 Wodehouse also wrote plenty about dogs, cats, and other animals and some of his best stories  are collected in A Wodehouse Bestiary.

We decided to celebrate PG's birthday with an English style breakfast  (Note this breakfast is for people no matter how many stricken woofles the dogs in attendance make.  However, if the dogs are particularly adorable you may do as we did a slip then a teeny tiny bit of sausage). 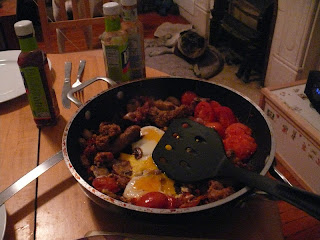 2 sausage you can use English style but we used hot Italian, sliced in half and flattened to speed cooking time
1 pint mushrooms sliced
3 plum tomatoes, or one large beef steak tomato
4-5 slices of bacon
2 to 3 eggs
HP sauce

Heat a non stick pan over the highest heat and when its really hot add the sausages, pressing down to flatten them and speed cooking.   Add a little olive oil to the other side of the pan and  put in the sliced mushrooms, season with salt and pepper.   Cook for awhile so the mushrooms start to get  brown.  Add the bacon and keep stirring everything around.  When the bacon is almost done add the sliced tomatoes and again keep stirring everything around.  Flip the sausages over.  When the sausages are nearly cooked through and the bacon is  almost crisp, crack in the eggs and tilt the pan around.  Cook until the whites of the eggs are done and the yolks are just set.  Serve with HP sauce and toast.

After that giant breakfast you will need to take a nice long walk.   Weasley wore his tweed jacket 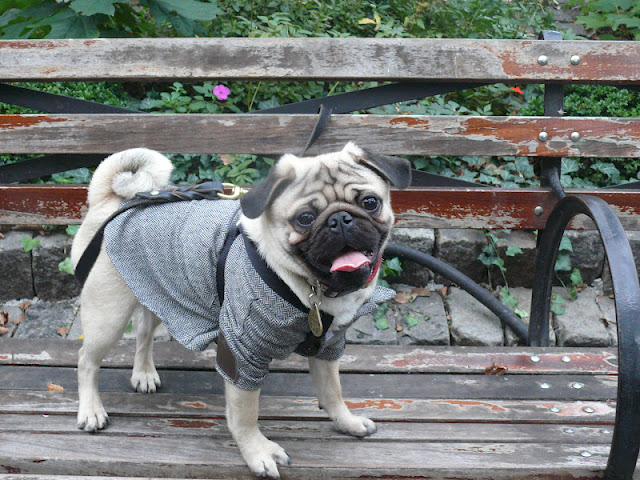 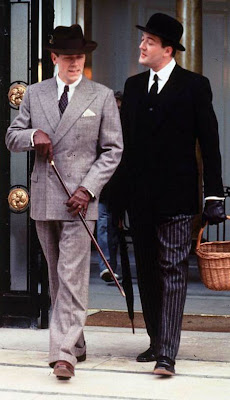